Leave a comment Posted by ALCStudies Journal on Wordpress on April 15, 2013

As an émigré to these shores, I am familiar with the ambivalent place America holds in the hearts of those from other countries. An the one hand America represents a beacon of hope, a city on a hill to those from war-torn areas, victims of oppression and suppression or economic hardship, whose lives are less than hopeful. To these America represents the exuberant opportunity to remake one’s life and reap the reward of hard work, industry and luck.

But one person’s success is another’s excess. As consumers of 25 – 30 percent of the world’s resources, Americans have provoked the resentment and envy of others as the image of consumerism run amuck (a wonderfully evocative English word implying a pig rooting happily as well as someone gone insane).

Getting and spending precedes the Founding Fathers, of course. Entrepreneurs and settlers from the old world brought that notion with them to the new. But here it  flourished extravagantly among the purple mountain’s majesty and the amber waves of grain, becoming commingled with a religious, if not evangelical, impulse toward self-improvement.

A few years ago a colleague was going through a rough patch in life. Someone gave him Rick Warren’s book A Purpose-Driven Life. For several weeks my colleague read through the book with a group of men confronting their mid-life crises (and increasingly imminent mortality) and wondering what on earth it had all been for. 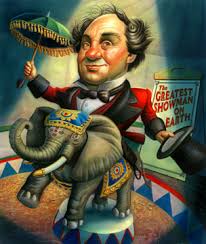 America is a nation which has always encouraged, if not compelled, people arriving on its shores to seek their purpose. The wretched refuse flock to its teeming shore fleeing atrocities, persecution or personal tragedy. And someone is waiting to sell them the means to making money, finding spiritual redemption or self-improvement. The great story of America is of prevailing against all odds to achieve success. It’s no accident that figures from P.T. Barnum to Andrew Carnegie are heroes. Everyone loves a winner, and to be assured by others achieving their goals that they can do the same.

And if not? Failure is not an option. For Americans not achieving one’s fifteen minutes of fame is a fate worse than death. Better to fade into the shadows like Andrew Carnegie’s father, a weaver from Scotland displaced by the relentless march of the industrial revolution. He brought his family to America in 1848 to seek a better life. By luck and pluck (combined with ruthless business practices and an indomitable will), his son succeeded. Carnegie père became an embarrassment. Since he did not fit the Horatio Alger version of the story, he was all but disowned by his own family and eldest son. Who now remembers William Carnegie’s name? He faded from the story for his failure to adhere to the proper narrative.

We are all immigrants from the existential beyond, strangers in a strange land lured by consumer culture promoting streets paved with gold and I-Phones with the latest apps and bling. We wonder what our mission-statement and goal are supposed to be. But our purposes can divide as much as unite us –from gun control to vegetarianism and global warming. Some of our causes take us to the dark side. John Brown believed it was allowable to kill in the name of abolishing slavery. Thoreau sympathized with him. What is the line between prophet and provocateur? Jesus came bringing not peace but a sword. Reverend Warren’s book describes Christ using explosives to blow open the doors of our resistance to God’s love for us.* 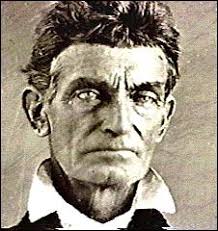 With A Terrible Swift Sword

My colleague called disturbed. He had seen the mayhem and death at the Boston Marathon interposed on his Smartphone between twitter feeds of celebrity gossip and Groupons for the latest products meeting his shopping profile. But there was more.

“The younger of the two alleged perpetrators is a dead ringer for my son.”

“Ah,” I said. “The young men from the family with a Chechen background.”

“Yes. Michael is in his late twenties now. When I saw the photo, I thought ‘My God, if I hadn’t just seen him, it could have been him in Boston, with dark eyes and hair, that smile.

“– Who with his brother did a terrible thing to innocent people.”

Who are the innocent? Thoreau might ask. Or Marx or Che. School children in Connecticut. People shot going to the movie theater for the evening. Or the mall. Too many.

I said, “They were promising young men. The older was a skilled boxer, a fighter who was contender for the golden gloves. The younger especially was talented, well-liked by his friends, winner of a scholarship.”

“The older brother said he would never understand Americans.”

“Their uncle called them losers.”

The worst epithet in America.

“The police caught him in that boat; the evil-doer wounded and bloodied. Everyone is cheering.” Why don’t I?”

“Perhaps they are cheering so loudly to avoid the anger and disappointment that are part of their lives and ours, and the violent feelings we all have.”

“That doesn’t make me want to blow people up.”

“The resemblance to your son disturbs you?” I said.

“He is somebody’s son! What would drive him to do such a thing?”

Young men are impressionable. The seek a way to belong, a cause to prove themselves worthy. It’s why they join gangs. Or the army. American society does not do a good job of helping people grow up and find a purpose. How much more difficult if you are a stranger?

Dzhokar’s brother’s heart of darkness apparently influenced him. Together they found one.

*Rick Warren’s son Mathew committed suicide in April 2013 at the age of 27 after years of struggling with depression.