An Alloy of Past & Present

Leave a comment Posted by ALCStudies Journal on Wordpress on June 3, 2013

A number of years ago I attended a meeting of the Allegheny Conference on Community Development at the Carnegie Library of Pittsburgh. The focus of the event was on making Pittsburgh and Southwestern Pennsylvania more marketable to investors. Implicit (and explicit) in this goal was rebranding the  region’s image from its history of coal mining and steel manufacturing. 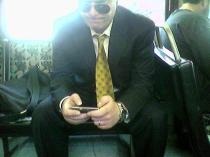 Terms like knowledge work, intellectual capital, and global marketplace were dangled like trendy and amorphous shiny baubles before the audience. The main speakers derided the history of the region and the legacy of work performed here as superfluous for a new generation and new century.

Ironically, the conference coincided with the anniversary of the 1805-1806 Lewis & Clark expedition. The expedition’s boat was built near Pittsburgh (actually Elizabeth, PA) before sailing down the Monongahela river to the Ohio and Mississippi, then up the Missouri and into history. While dismissing important industrial innovations and struggles for worker rights, the event  sought to capitalize on the historical connection to an event in our nation’s history of which the region is justly proud.

You can’t get here without going there first. Some of the most significant innovations in steel manufacturing and labor struggles occurred in Homestead, site of the Carnegie Steel works. Situated along the Mon’, the site saw thousands of Americans and immigrants flock in the 19th early 20th centuries to work in the mills to produce steel that built the railroads in this country and others, ships for the U.S. navy and armaments for the U.S. Great Britain and the allies to help them defeat Hitler and the fascists in World War II.

The week of June 10th I will be one of several presenters for the Alloy Project, a visual and performing arts residency developed by my artist buddy Chris McGinnis and his colleague Sean Derry. Supported by, Rivers of Steel and the Kipp Gallery of IUP, the project centers around the site of the Carrie Blast Furnaces, now an historic heritage site. As Chris and Sean say on their web site, the massive furnaces have cooled. The work for which they were built no longer exists, but their energy — and the energy of the men and women who labored in the mills and the households — remains. The nature of work itself has changed, of course. That sense of identity remains.

In the middle ages, people used to be named according to the work their families did.  Does the work that your family did stay with you? Whether a mill hunky and his family in the 19th century or 20-somethings attracted by what Pittsburgh has to offer today, I am interested in their history, their songs and their stories, and the stories of workers like them. The present does not invalidate the past.  I have colleagues who have evolved with the times. Maybe you are one of them. One has worked in the steel, the aerospace and the banking industries. Another welded steel plates to build barges on the Mon’ before going to business school. Some of the most skilled and undervalued work goes into seemingly mundane jobs:  plumber, electrician, waitress daycare worker. These jobs still exist and serve valuable functions today, global marketplace or no. The distinction between physical and intellectual labor is not a simple dichotomy of mind and body. Whether the work you do involves your head or your hands, your heart or your soul, stop on by. CDL

Please see the Alloy Pittsburgh site for lectures by other presenters the week of June 10th.