Leave a comment Posted by ALCStudies Journal on Wordpress on August 18, 2016

A few years ago I bought a bicycle carrier for the car. The carrier was made in Sweden and well-designed. The Swedish generally seem to know what they’re doing: See Volvo, Ikea, Ingmar and Ingrid Bergman.

I’m not an engineer, nor do I play one on TV. I’ve worked as a business analyst and technical writer. I’m pretty good at figuring out how at least most non-human things work. The carrier never seemed to fit quite right. The bike stayed on the car and didn’t end up under the wheels of an eighteen-wheeler or in a ditch. But it scraped paint off parts of the car and off parts of my psyche it shouldn’t have. I fussed with the straps and adjusted various angles. I read the instructions – both online and printed. Tears were shed. Curse words were said. I passed from denial through bargaining to acceptance. Bitching and moaning gave way to muttering under my breath. I used the rack only now and then, anyway. We rarely experience the ideal in life, and I had done the best I could. Still, I cringed every time I put the carrier on. 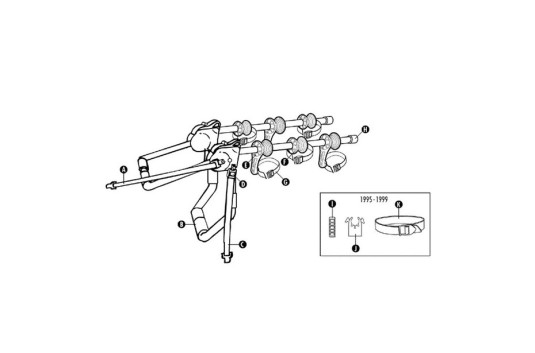 in March of this year I joined the local chapter of Engineers Without Borders. The group’s regional and international goals are to get water and other necessities of life to people who don’t have them. EWB projects are self-funded. Volunteer members work in partnership with domestic and overseas communities to dig holes, pour concrete and lay pipelines. Disciplines range from mechanical and civil to electrical, nuclear and software engineering. A fair number of women serve as members. Perhaps their estrogen-inspired desire to measure twice, cut once balances male members’ testosterone-fueled impulse to to ‘get ‘er done.’ But that’s a generalization. Since spending time with them, I’ve learned about elevations, hydraulic pressure (including ‘water hammer’), water treatment and local whiskey distilleries. The chapter holds periodic happy hours and fundraisers at local watering holes and other establishments.

Maybe some of that engineering expertise rubbed off on me. The next time I hauled out my bike carrier, I looked at it — I mean looked at it — and said, ‘Hold on, this just can’t be right. I’m going to find out what it is.

The cult of presumed expertise and received wisdom increasingly monopolizes our society: the notion that someone else always knows better than we do. I won’t say it’s making us stupid1, but the accoutrements we must master to live our lives grow daily more complicated (or so we tell ourselves). The sheer cognitive and emotional overhead of everything from keeping track of our ‘friends” exploits on Facebook to deciding what car to buy threatens to overwhelm us, resulting in a loss of confidence in ourselves and our abilities. This in turn undermines the self-reliance and individual liberty that democracy depends upon. There used to be a quaint expression called Yankee Ingenuity for taking the initiative and making things better ourselves rather than passively accepting the status quo or deferring to someone else. In the global marketplace this could now now just as easily include Southern Ingenuity, Goth Ingenuity, Muslim Ingenuity, LGBT Ingenuity or Indian Ingenuity.

When I took the dirty carrier off the car and laid it on the bedroom carpet (which I covered with newspapers), I found whoever assembled it at the factory or the store reversed two parts, putting them on opposite sides. I had simply accepted the state of affairs (or been too worn down to change it), assuming whoever put it together knew what they were doing. I scrounged for some metric wrenches. I disassembled the offending parts and carefully put them back together again (watching out for leftovers). This was no small task, and I shouldn’t have had to do it.2 But when I was done, the carrier fit properly on the car the way it should be.

What caused the ‘Hold on, here’, the ‘ah ha’ moment (which wasn’t that sudden, really) that caused me to go to the factory web site once more and compare what I saw to what was on the screen?

I like to think spending time with my engineering colleagues helped inspire me. Putting the carrier on the carpet allowed me to step back and reframe the problem (even if it left a smudge or two to clean up). Problem-solving is not (and cannot) simply be the domain of experts –- who themselves can get it wrong. We can all be victims of passivity or of received wisdom and arrogance: consequences simply of being human. When things don’t go according to plan, we must reserve the prerogative to try and figure out problems for ourselves. This realization can threaten the status quo and involves risk3, but can also empower us. — CDL

1Others do that. See recent references to Google, Wikipedia and other recent phenomena supposedly making us stupid. See also deskilling.

2Whatever sense of accomplishment I experienced was mitigated by frustration and the damage done to the car.

3Of failure, transgression and accountability.