Leave a comment Posted by ALCStudies Journal on Wordpress on July 29, 2013

I used to regard illustrated or graphic novels as literature for the illiterate; comic books as condescending to the callow.

Perhaps it’s because we live in a post-literature culture1, but I’ve grown to appreciate graphic novels as a medium unto themselves for telling a story and connecting to an audience. A recent article in the City Journal quotes William Eisner, creator of Sheena, Queen of the Jungle and the Spirit in the 1940s:

“The comic strip… is no longer a comic strip but, in reality, an illustrated novel. It is new and raw in form just now, but material for limitless intelligent development. And eventually and inevitably it will be a legitimate medium for the best of writers and artists.”

Illustrators have contributed their craft to storytelling since paleolithic cave paintings. Perhaps these projected early human fears and desires in an uncertain world; perhaps they were just early interior decoration. ; – )

During the Middle Ages images in gothic cathedrals emphasized to uneducated peasants who was in charge.

In the 19th century Dickens’ collaboration with various artists made the characters in his serialized novels come alive. 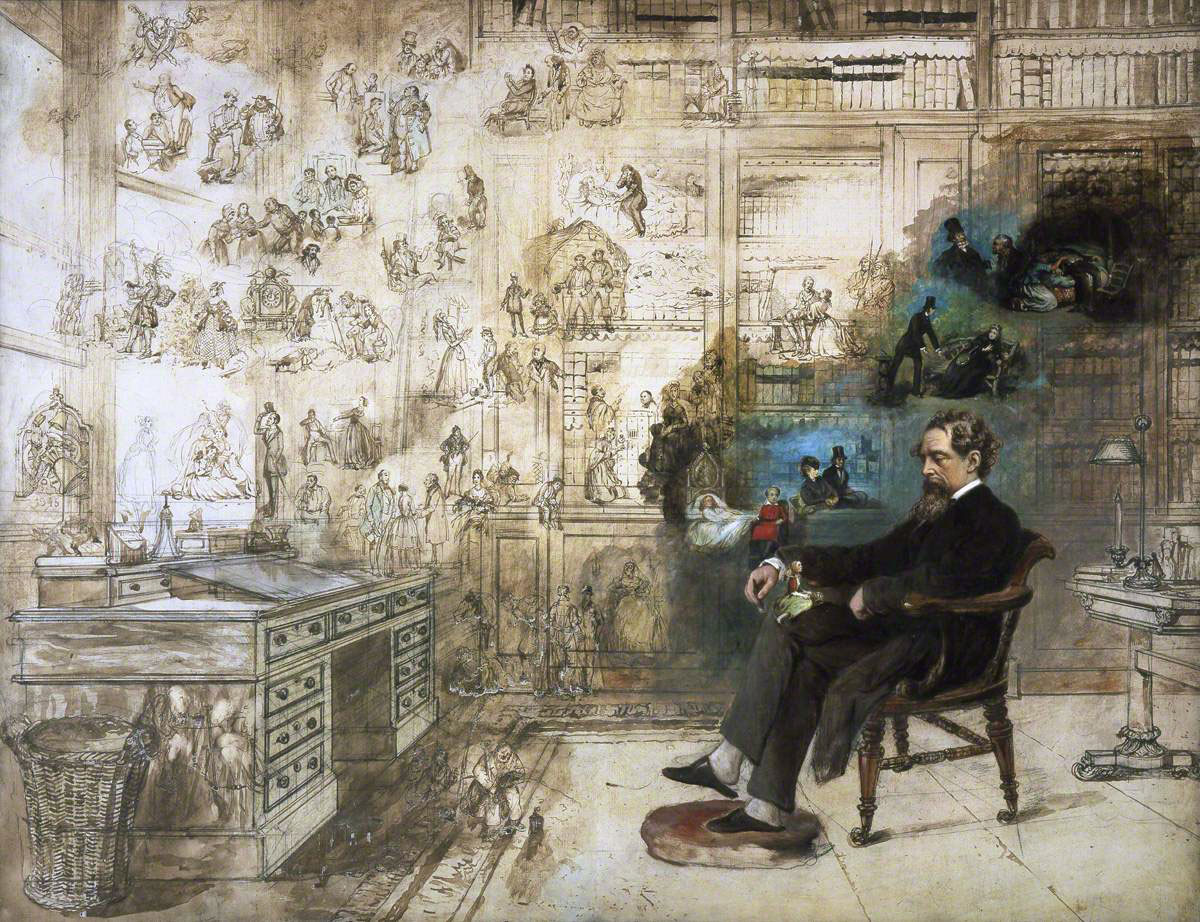 Ironically, illustration as a means of storytelling came into its own for a mass audience just as print culture was evolving to electronic culture with radio and film. Newspapers in the late 19th and early 20th centuries carried intricate, full-color surreal extravaganzas like Winsor McCay’s Little Nemo to a mass audience.

In the 1950s, the age of television and the gray flannel suit. Walt Kelly and his compatriots subversively explored parody and satire in the midst of (supposed) conformity.

As the cellphone and cable explosion began in the 1980s, Sam Watterson’s brilliant Calvin & Hobbes captured the truth of boyhood in the way perhaps no one else has since Mark Twain.

Bill Watterson’s Incomparable Calvin & Hobbes will always remind me of of my son. I miss it greatly. (Image copyright Bill Watterson.)

Alas, the exigencies of the newspaper industry spelled at end to the strip. Watterson and Calvin packed up their marbles (and Hobbes) and went home.

Lately, as the publishing industry has struggled and tried to capture our attention with e-books, the graphic novel has ascended to respectability.

Graphic novels lend themselves to our fragmented attention span and reading habits in the age of tweets and text messages. As life is increasingly conducted online, they create a bounded world of coherence and context in the midst of disparate words and images that bombard us daily. In an age preoccupied by our attempts to control the world through science and technology, many graphic novels and comic books dance on the edge of or immerse themselves metaphysics and fantasy. Several of these, such as the X-Men and Superman have been turned into film with varying degrees of success. A skilled illustrator and story teller creates a secondary world2 that transcends the rules of the world we know to provide a more satisfying (or at least distracting) alternate universe. Many of these, such as the Watchmen and Neil Gaiman’s the Sandman, explore adult themes and existential experience, turning the mythology into exotic reinterpretations that are, like our lives, dark and threatening, absurd, exuberant, whimsical or just plain funny.  — Chuck Lanigan

1By this I mean not illiterate, but one in which the ability to read (and write) sustained, thoughtful discourse is made irrelevant in a society overrun by soundbites and Twitter feeds.

2See Tolkien’s On Fairy Stories for a discussion on secondary worlds.