Not So Creative Commons

Leave a comment Posted by ALCStudies Journal on Wordpress on May 29, 2020

Many of us rely on the efforts of musicians, actors, painters and filmmakers these days to entertain us and fill the hours inside. Yet posts and articles abound lately about the challenges artists face finding forums for their work and getting paid. In a putative free-market economy, many of us take it for granted that musicians, artists, actors, writers and others of the creative class will continue to produce original work for the rest of us to be entertained and edified by, all the while struggling to pay their bills. 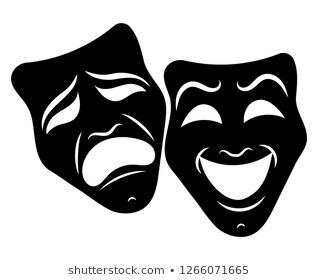 Beyond this, there is the question of censorship. It is one thing if authorities in Hong Kong, or Moscow or even Washington D.C. take action to limit free speech. It is another if artists censor themselves, Creative expression depends on a willingness to confront uncomfortable, even politically-incorrect truths. The United States especially, like other liberal democracies, prides itself on a tradition of free speech without fear or reluctance to address difficult issues. Writers and artists produced work even under the emperors in ancient Rome. In the present polarized environment, this has become problematic.

Please see the following message from the director of a theater group canceling a sketch comedy performance on the eve of the 2016 U.S. presidential election. Critical points are in bold. For the record, the performance parodied both candidates, as well as other political figures (including someone whose name starts with ‘P’ in Russia). The writer made the requested revisions. The reason given for canceling was not the quality of the script, but that the performers were not comfortable with the subject in the current political climate. We are all living with the results of the election. We’ll never know the consequence or worthiness of the performance.  — DA

Thank you for sending the updated script of the sketch and everything – I’ve read over it and like it a lot with the adjustments.

Unfortunately, I’m in a bit of a mess here. My actors are protesting performing the sketch. They are not comfortable doing anything Trump related currently, and are saying that they will not perform in the show if we perform said sketch.

As a producer, this is a really hard call for me. I love working with new and local artists and also the time that we have devoted to doing the sketch already, I would want to put it up on its feet to showcase your writing/work with all of the hard work and thought you put into it.

Due to the circumstance that I am in, combined with the issues with my actors/performers, we may have to put this sketch on hold and not perform it in November.

I apologize sincerely with this news – it feels as though it is the safest one to make currently. We would love to possibly have another sketch for another month in the future, though, that we could possibly do. I will be the one, if needed, to post on social media or any other source stating that we won’t have the sketch, but I doubt that it will be necessary.

Please let me know possibly if you have a sketch or anything you’d like to put up for December or January – that would be the best bet and I am sure after a month, things will have cooled down a bit since at least some time has passed.

My sincerest apologies and best,

You familiar with the Hitchhikers Guide to the Galaxy?   The BBC radio version from the late 70s/80s is is online and is outstanding .